I am a migraineur| \mē-gre-ˈnər or mī-grā-ˈnər\. Merriam-Webster’s definition of a migraineur is an individual who experiences migraines. To me the word sounds like a cross between migraine and entrepreneur: a person who organizes and operates a business or businesses, taking on greater than normal financial risks in order to do so. So, my amended definition…. Migraineur: A person in the business of doing anything to manage/resolve their migraines.

Many people don’t realize that a migraine isn’t just a bad headache, or how totally incapacitating they can be. For many people, migraines are actually a chronic disease that impacts the overall quality of the person’s life. My intent for part one of my blog is to provide a very small peek into the world of migraines, and in part two I’ll talk about migraine treatment and some excitement over new preventive medications just released this year.

Let’s begin with some stats

Those are some pretty startling statistics! I’m not alone!

“While there are no definite answers to the causes of migraine, healthcare professionals are gaining an understanding of what happens when a migraine attack is in progress. Current theory suggests that migraines are triggered from within the brain itself. Once an attack begins, the pain and other symptoms of migraine arise from an inflammatory process resulting from an interaction between the trigeminal nerve and blood vessels in the coverings of the brain. Serotonin (or 5-hydroxytryptamine or 5-HT), a naturally occurring chemical in the brain, has been implicated in this inflammatory process.”

Triggers tend to have a theme for migraineurs and these signs can help identify patterns in your symptoms. Why is this important? It can help provide you with the information you need to manage future migraines. Everyone has different triggers, but there are a few common culprits that affect a large number of people living with migraine:

The American Migraine Foundation reveals that when it comes to sleep, nearly half of all migraine attacks occur between 4:00am and 9:00am. This puts people at a greater risk of developing sleep disorder on top of their migraines. And since sleep is a trigger you can easily fall into a cycle of which came first? Is it lack of sleep triggering the migraines or migraines preventing you from sleeping?

The one trigger that no one can control is the weather. Storms, excessive heat, humidity, and changes in barometric pressure are common weather-related triggers that can lead to a migraine attack. Almost half of migraineurs are sensitive to weather changes.

Of course, everyone is different, but typically, migraine sufferers experience an average of two attacks per month, which can last anywhere from 4 to 72 hours. The National Headache Foundation notes that migraine attacks tend to occur in three phases: pre-headache, the headache itself, and post-headache. The pre-headache phase can last for several hours. The post-headache phase can last up to two days and can feature nausea, exhaustion and other mood changes. Who knew that migraines were so comprehensive and organized!

Migraine attacks may increase in frequency over time. Headache experts divide this process of transition into four distinct states:

According to the International Headache Society’s ICHD-3 classification system, there are seven types of migraine:

There are two migraine categories most people fall into:

Many patients may have more than one type of migraine or may not fall completely into one specific migraine category. There are also multiple co-morbid conditions that can occur. Medicare and other carriers are very specific regarding which treatments match the physician’s documented diagnoses (to be discussed in part two).

I am a migraine survivor. I claim use of the word “survivor” over “sufferer” as a way to assert some measure of control over what has been one of the biggest challenges in my life and I’m sure in the lives of thousands of others.

Specifically, my diagnosis is G43.111, Migraine with aura, intractable with status migrainosus. Status migrainosus, or intractable migraine, is a persistent, debilitating migraine without aura that significantly affects a person’s ability to function. These migraines do not usually respond to abortive medications either. I’m also the lucky recipient of a second migraine diagnosis of Chronic Migraine G43.709, Chronic migraine (15 or more headache days per month, meaning that people with chronic migraine have a migraine or headache more often than not).

I’ve had migraines since I was 14 years old (I don’t want to do the math on how many decades ago that is). My migraines have put me through the ringer over the years with the challenges of dealing with and managing them. Many times, the frustration has been so strong I simply wanted to give up. However, if there’s one thing I’ve learned over the years, it’s that you have to keep trying and you can’t give up! You never know if the next treatment option just might be the golden ticket!

(Watch for my next blog, which will cover the latest in migraine rescue and prevention treatments) 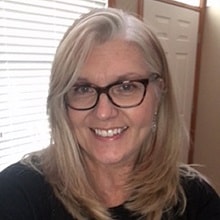 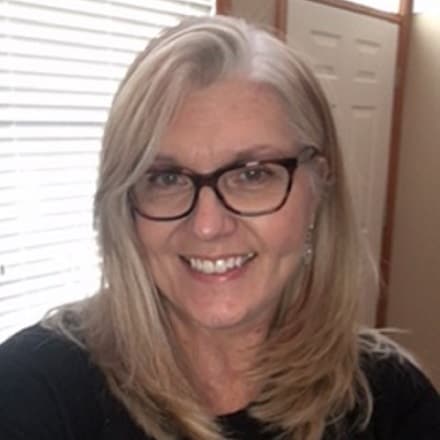 Debra Jones brings over 23 years of diverse coding, revenue and project management experience to 3M. Debra joined 3M in 2009 as a Coding Analyst. Since 2010 she has led…