Robotic-assisted surgery: Welcome to the future

My grandma was a nurse in the operating room for over 50 years. Her nickname was “TURP Queen.” Back in those days, if you had a steady and exacting hand, people would often say you should become a surgeon. Fast forward to a cold and windy New England night: I am on my way to a presentation from a cardiac thoracic surgeon at a chapter meeting of the American Academy of Professional Coders (AAPC). To hear a physician speak about their work highly informs the medical coding aspect of my credential. The dull list of CPT codes comes to life with images of interventions performed by clinicians.

The presenter was not your average cardiac thoracic surgeon, but a professional with extensive training in the use of a robot to assist in surgeries. I felt like I had won the jackpot. I love watching physicians speak, but when you add robots to the mix, my excitement reaches a whole new level. He spoke for an hour and showed us multiple videos of lung and stomach surgeries performed with a robot. I am an old school medical coder and I like to make notes in my CPT book. While he was presenting, I was furiously trying to find the CPT codes, but in the back of my mind, I knew CPT is behind the medical times. The only codes I could find with a hint of robotic assistance were for the lung. The stomach did not have such an entry. Thank goodness I was in a room full of coders. I remember my days working in a large medical hospital and all I had to do was shout, “What’s the code for this?” and a coder would respond. I asked the coders at the meeting what codes they were using for these services. At least three in unison chimed in, “code laparoscopy and use HCPCS S2900.” A lone coder added, “and no one pays the S2900.” The HCPCS description states: surgical techniques requiring the use of robotic surgery system.

The physician also showed us pictures of the patient in the operating room. There was so much equipment he had to point out the patient. I love these little snippets and sound bites of information that I learned about the services performed:

I wonder what my grandmother would have thought about these innovations. My uncle reads my blogs and I am sure he can imagine her response!

The night after the meeting I dreamed I smoked cigarettes (we saw a lot of lung nodules in the presentation. Attending the AAPC chapter meeting, I learned a lot and even saw an old friend who proctored me when I took my exam. Here’s to a future of robots performing surgery!

One thought on “Robotic-assisted surgery: Welcome to the future” 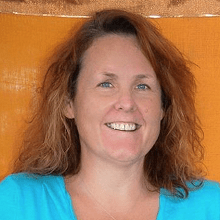 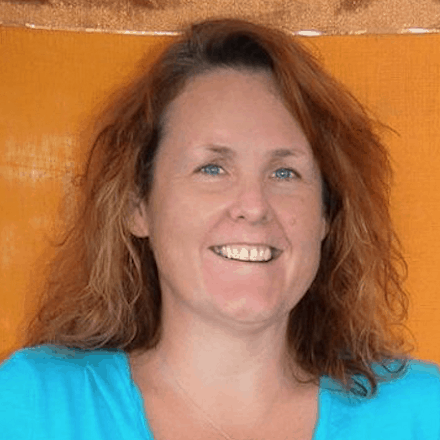 Jean Jones, CPC, PCS-P, CCS-P, has been with 3M Health Information Systems since 2011. Jean serves as a Senior Coding Analyst for the CodeAssist product at 3M and is also…

The COVID-19 vaccine: Gratitude while coding