2019 marks the 250th anniversary of the publication of Synopsis Nosologiae Methodicae, authored by the Scottish physician and professor William Cullen, which described a system for classifying disease based on observable symptoms. Cullen and other pioneers in the field of nosology made it easier for physicians to classify diseases and diagnose patients’ ailments as well as promote early tracking of health outcomes.

Let’s go back to early 16th century London. Imagine an overcrowded street, no sewage system or running water, human waste and garbage dumped on cobblestones, rats and other animals roaming freely, bad hygiene and disease running rampant, specifically the Black Death or “the plague.” These horrific conditions resulted in King Henry VIII issuing orders that required parish priests to report causes of death with emphasis on those caused by the plague. It became an early warning system for each parish, as the plague made its way closer and closer to a neighboring parish. This is essentially how it worked:

When a Londoner died, a bell was rung to summon the “searcher.” A searcher was usually a matronly woman who bathed and dressed the corpse for viewing prior to burial. Two searchers in each parish were charged with inspecting every new corpse and making necessary inquiries as to the cause of death. The cause of death determined and named by the searcher was then reported to the parish clerk where a weekly count was compiled to be delivered to the guild, the London Company of Parish Clerks. This data was posted as the Bills of Mortality and gave the aldermen the necessary knowledge to impose quarantines in an attempt to keep the plague at bay. At the time, their idea of quarantine was sending a Watchman (with no warning to the home) to seal off the entire household. This also included any unfortunate house guest who happened to be visiting. The door was then marked with a white cross with the words, “LORD HAVE MERCY UPON US.”

In 1596, the data that was collected about these deaths and the affected locales were made public on poster-sized sheets and nailed to posts for the community to observe. This is how the first bills of mortality were printed. Every week, the stats were made available to the public. Being that the community was composed of mostly merchants and traders with families, knowledge of locations to avoid and people to steer clear of was quite valuable. In the 1600s the bills changed to single-sided handbills and in 1626, the bills were sold as two-sided handbills with the addition of a myriad of causes of death.

Given that the terms used to identify and describe the deaths were determined by women who were not medical professionals, colorful terminologies were created.  Consider the following terms (in the left column below) from the 1600s and see if you can match them to the diagnosis on the right (the answers are at the end of the blog).

While the bills of mortality were circulating in the parishes, one very curious shopkeeper started collecting them. Using a merchant’s accounting book, John Graunt started tabulating the descriptions of death which he then interpreted, documenting insights and trends on the city’s population. These findings were published in his book entitled Natural and Political Observations Made Upon the Bills of Mortality (1662). Some of the more interesting facts he found were:

Another major contributor to this field was Francois Bossier de Lacroix, an 18th century botanist and medical professor. Lacroix published Nouvelles classes de maladies (1731), followed by a more detailed 3-volume version entitled Nosologie Methodique. Drawing upon his background in botany and the knowledge and expertise of classifying plants, he made a system of classifying diseases into 10 major classes which were divided into orders and further subdivided into 295 genera and 2,400 species. He was the first author to develop this type of classification with diseases.

A fellow botanist, physician and zoologist from Sweden, Linnaeus (known as the father of modern taxonomy), published Genera Morborum (1763). Linnaeus believed that diseases should be properly sorted according to the disease’s signs/symptoms, the origin of the symptoms, and the cause of the disease. Two major influences for his system of classification were Francois Lacroix and Herman Boerhaaven. Boerhaaven, a Dutch physician, argued that medicine should be based on a sound knowledge of the physical sciences and mathematics. He believed that reinforced theoretical knowledge of the human body and bedside observation were the key to understanding diseases, treating them and teaching the next generation of doctors. This way of thinking is why symptoms played a large part in how Linnaeus evolved his system of classification.

Next up, Dr. William Cullen’s Synopsis Nosologiae Methodicae (1769) utilized a system that was comprised of four major divisions: Pyrexiae (febrile diseases); Neuroses (nervous diseases); Cachexiae (diseases arising from bad bodily habits); and Locales (local diseases). It was primarily based on the observable symptoms that arise from disease and made diagnosis a little less complicated for physicians. Dr. Cullen’s classification was still in use in 1837, when William Farr became the first medical statistician (the post of “Compiler of Abstracts”) of the General Register Office of England and Wales. Born the son of a farm laborer, William Farr worked his way up to become a surgeon. He recognized early on how important data collection and analysis would be. He instituted principles that govern a statistical classification of disease and urged the adoption of a uniform classification internationally. His work became the basis of the International List of Causes of Death, from which today’s ICD (International Classification of Diseases) developed.

In those early years, health data was used to understand the dire situation of the plague and over time contributed to many other fields of study including statistics, epidemiology, nosology, medical terminology and health informatics. Knowing where the plague or any other contagious disease was rampant saved lives. Today, we look to health data to understand population health, track disease and make improvements in public health. Knowledge is power and just as the bills of mortality provided a way of spreading important information to the masses, health information systems and databases supported by accurate terminology allow the sharing of knowledge on patients, diseases, medications and therapies. The combination of information, electronics and connectivity will lead us to a better-informed future.

Our clinical terminology team’s background in nursing, pharmacy, radiology, laboratory and other clinical areas gives us insight into how health care systems are burdened with the sheer volume of data […]

A “new and improved” normal: Changes for April 1 update announced

Last year, the Centers for Medicare & Medicaid Services (CMS) and the National Center for Health Statistics (NCHS) jointly finalized a proposal to make the April 1 update of ICD-10-CM/PCS […]

Ever been caught off guard hearing about UFO sightings because the physics makes no sense? The Pentagon calls UFOs by a different name: UAPs (unidentified aerial phenomena). I was surprised […]

This week and next, I will be summarizing my observations from virtually attending the American Medical Informatics Association (AMIA) Annual Symposium 2021. I personally have a long history with AMIA. […] 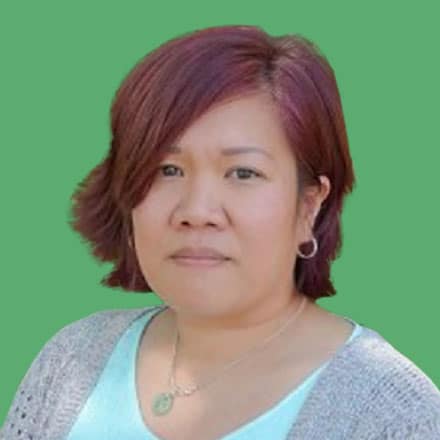 Precious Faith Porter, RN, BSN has been a member of the 3M HDD team since 2012. In her 16 years of nursing, Precious has worked in pediatrics and inpatient care,…

COVID-19 on the autism spectrum