Mind blindness, data blindness and the power of concurrent collaboration

I have learned countless lessons about perception from my son who is on the autism spectrum. He has helped me better understand how we can inadvertently misinterpret or misuse healthcare information—interfering with the patient care we’re trying to enhance with new data. When he was much younger, between three and five years old, he struggled with what his neuropsychiatrist called “mind blindness.” In the simplest terms it is the mistaken sense that because you know something, everyone else knows it, too, or vice versa. Well, you might say we all struggle with a bit of this. True enough. But, for an autistic child, mind blindness is especially acute. My young son would wave goodbye with the back of his hand facing out, as if he were waving to himself or just flapping his hand in front of his face. This made perfect sense to him but confused everyone else. What is he doing? What’s wrong with him? He could see himself waving so everyone else must see it the same way he did. Right?

Well into his early teens, my son also shared Sir Winston Churchill’s habit of flashing an obscene two-finger salute, thinking he was giving the Victory or peace sign. But his palm faced backwards. So, he was giving the Victory sign to himself. Some suspect Churchill may have done this variation of “flipping the bird” on purpose, but my autistic son flashed the gesture in soccer team photos and school snapshots with a broad innocent grin—real innocence. “He’s just trying to do the ‘peace’ sign,” we would explain nervously to other parents. What he saw was the peace sign, so why shouldn’t everyone else see it, too?

Another example from my son’s earlier years: If his favorite stuffed bear toy was under the living room sofa, he would say, “I need my bear,” and expect that anyone on earth could fetch it for him and would know exactly where it was. He knew, so we should know. “Please, get me my bear!” he would plead, and when we asked where the bear was, he thought we were stubbornly refusing to help. After all, if he knew exactly where the stuffed bear was, why didn’t we? Why did we need to ask? A misunderstanding as trivial as this often escalated to tears and all-out tantrums.

Autistic children and adults, even those with perfect musical pitch, can be tone deaf to metaphors, euphemisms and sarcasm—anything indirect. They typically interpret everything—the data, you could say—literally. This leads to a context blindness that causes real trouble. In Autism Asperger’s Digest, Peter Vermeulen, PhD, clarifies the idea of context blindness by describing a scene from the movie, Rain Man, where Raymond stops in the middle of a busy city street when the crossing sign changes from “Walk” to “Don’t walk.” Vermeulen says, “In Raymond’s mind when the sign displays ‘Don’t walk,’ it means only one thing: ‘Don’t walk.’ Raymond does not understand that ‘Don’t walk’ means many different things, depending on the situation or context. When you’re halfway through the crossing, it means ‘hurry up’ instead!”

Sometimes technology, such as process-enhancing software and the flood of data it produces, can blind and confuse us instead of enlightening us. Big data is powerful for healthcare and can help clinicians identify risks and trends, enabling them to intervene for patients in new ways. However, the flood of healthcare data can also blind us, narrow our perspective, and even cause us to miss the broader context of a clinical encounter. For example, a hyper-focus on workflow process to improve coding productivity may not necessarily improve quality. (See L. Gordon Moore, MD, on how data entry demands can distract from patient care). Too much information—out of context—can become digital noise, and instead of becoming more informed, we can become data blind.

Albert Einstein famously said “Not everything that counts can be counted, and not everything that can be counted counts.” Peter Buell Hirsch, a communications professor at Baruch College in New York, says the “logarithmically expanding data universe” has “led to a condition not unlike snow blindness—the harder we look the less we can see.” See his article on Ogilvy.com.

To filter the flood of information and sort out misunderstandings, we need context. We need clear communication, in real time, while the subject of misunderstanding—the toy bear, the traffic light, or an ER patient—is right in front of us. We need concurrent collaboration.

Nothing provides context like being there in person. Hospitals are starting to pay close attention to concurrent coding, which allows physicians, CDI specialists and coders to collaborate while the patient is still in the hospital, prior to discharge, while the patient encounter is being documented. Real-time encounters between doctors and patients—and between clinicians, coders and CDI specialists—are crucial to capturing a patient’s story in context. (Listen to Philip Resnick, PhD, Professor of Linguistics at the University of Maryland, to learn about more how natural human language and interactions enhance the clinical narrative).

My son, now 16 years old, has come so far that it’s hard to imagine his early struggles with mind blindness. He’s a considerate, outgoing young man with a 3.7 GPA. He runs cross country and track and performs with a high school choir group. He’s piecing together the puzzle of the world around him at an exponential rate, making sense of the flood of data and putting it in context. What was once blindness is now becoming acute sight.

Download our Custom Research Report to uncover survey results and analysis about why clinical documentation improvement programs are looking at partnering with HIM and coding to implement concurrent coding systems.

One thought on “Mind blindness, data blindness and the power of concurrent collaboration”

Where I live in South Texas, we usually don’t get much of a spring; summer comes early and stays late. Consequently, you really only have to touch the thermostat maybe […]

Kelli sat down with 3M Health Information Systems Vice President of the U.S. and Canada Liz Guyton, CPA, to look ahead to 2021 and highlight stories from clients on the […] 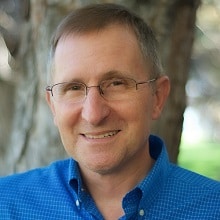 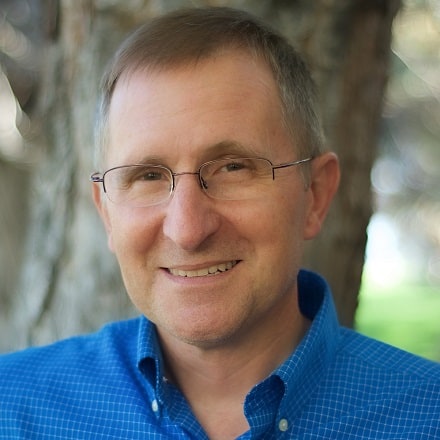