It is coming: ICD-11 released

Any Harry Potter fans out there? I recall a wedding scene in one of the last movies, when a disembodied voice whispers “They are coming, they are coming.” The wedding guests panic, scream and begin vanishing. The scene is total chaos. This particular scene came to mind as I read an article about the World Health Organization (WHO) releasing ICD-11. I’ll pause here for dramatic effect.

Yes, that’s right. We all knew it was out there. Some pundits thought that we had waited so long to implement ICD-10 that we might as well skip over it and move right to ICD-11. October 1, 2015, the U.S. ICD-10 implementation date, wasn’t that long ago, and some coders are still smarting from the pain of changing coding systems. Many aren’t even coding any more. But for those of us that remain, we’ve got another hurdle ahead of us…at some unnamed date in the future.

You can find information about our future code set here on the website of the World Health Organization. The code set will be presented to the World Health Assembly in May 2019 for adoption by member countries. The earliest the code set could be implemented is January 1, 2022. This time gaps allows countries the ability to review and make their modifications to the code set prior to implementation. The question in my mind is: How long will the United States take to finalize our code set and implement? Since transition to ICD-10 wasn’t that long ago, many of us remember the delays. In fact, the WHO members adopted the ICD-10 code set in 1994, but the United States didn’t implement our clinical modification until 2015. That’s a 21-year gap between adoption and implementation. Let’s hope the delay won’t be as long or as intimidating this time around.

There are multiple other changes, however; if the clinical modification takes only half the time that ICD-10 took to implement, we’re looking at a decade of preparation time. So, go to the WHO website, look around, maybe even bookmark it, but I’m going to wait a while before spending much more time on learning about ICD-11.

In my last blog, HCCs: An awareness perspective, I introduced you to Mike, a 66-year old white male with type II diabetes mellitus (DM) and congestive heart failure (CHF). I […]

The transition to ICD-11 is coming, and 3M HIS is here to help. We’ll debrief the major updates for you and provide an analysis of how the proposed changes could […]

In this week’s blog, I explore the rationale behind using artificial intelligence (AI) that combines clinical knowledge and deep neural models in deploying health care solutions. Balancing knowledge and neural […] 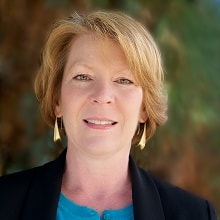 Rebecca Caux-Harry, CPC, has worked in the physician coding and billing industry for over 20 years specializing in professional coding compliance. She has served as a clinic liaison to the…