Sleep: The elixir of life

What made it great? I met my wife Lauren that year. Why was it awful? I unexpectedly started having violent grand mal seizures.

During the time the seizures started, I was averaging two to three hours of sleep every night. Full-time school and work, combined with an active social life (and lots of caffeine) were some of the reasons for my lack of sleep. Although the doctors and neurologists I worked with don’t know exactly why the seizures suddenly started happening, there’s no doubt that extreme sleep deprivation over the course of the year was a contributing factor.

One in three American adults are not getting enough sleep (i.e., less than seven hours of sleep a night). How important is sleep to our health?

I recently listened to a podcast by Dr. Matthew Walker, sleep expert and professor of neuroscience and psychology at the University of California, Berkeley. Walker calls sleep the “elixir of life,” and the “most powerful, widely available and democratic healthcare system imaginable.” During his two-hour long interview, Dr. Walker addressed the science behind dreams, stages of sleep and some of the horrible effects caused by a lack of sleep.

He explains that by consistently sleeping less than seven hours a night, we can start to measure serious impairments in the brain and in our overall wellbeing. For example:

Heart disease, stroke and cancer alone combine for over 1.4 million deaths each year. These diseases also take a crippling economic toll. Obesity is estimated to cost the U.S. healthcare system $147 billion a year. Heart disease and stroke-related expenses are $199 billion per year. Diabetes costs the U.S. healthcare system and employers $237 billion a year. And the costs of treating Alzheimer’s are between $159 billion and $215 billion every year.

Dr. Walker puts it this way: “Solve the sleep epidemic and you could half the budget for health care.”

How does lack of sleep impact healthcare providers, and what impact does physician fatigue have on care delivery?

For starters, physician burnout is estimated to cost the U.S. healthcare system $4.6 billion annually. Research also shows that there is a direct link between fatigue and medical errors. An example of the negative impact of sleep deprivation can be found among medical students in residency programs, which are notorious for extreme shifts and lack of sleep. A study found that surgical residents who were sleep deprived made 20 percent more errors and took 14 percent longer to complete a simulated laparoscopic task than their more rested colleagues.

Surprisingly, a 2011 survey showed that U.S. medical students get only three hours of sleep education in their medical curriculum. “We spend a third of our lives sleeping, and we spend just a couple of hours [studying sleep] in so many years of undergraduate medical training,” says Dr. Daniel Goh at the National University Children’s Medical Institute in Singapore. “It sounds appalling, really.”

Fortunately there are efforts being made today by medical schools to increase the amount of sleep and sleep education for medical residents. The University of Central Florida College of Medicine has put sleep pods in the school library. The George Washington University School of Medicine and Health Sciences holds sleep events where sleep specialists talk to attendees. At McGovern Medical School in Houston, doctors give lectures on proper sleep hygiene. And UFC College of Medicine holds a sleep workshop for second-year students to educate them about the importance of sleep and the influence it has on the brain.

“I’ve seen the culture change” says Scott Holliday, MD, Ohio State University College of Medicine. “There were some early adopters and also some early naysayers who say lack of sleep builds character. But the incorporation of science is a way to get over that hurdle.”

So, while we’re busy scrambling to improve quality of care and reduce costs in an increasingly complex healthcare environment, are we overlooking a more simple, free solution to improve patient outcomes? 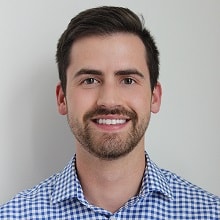 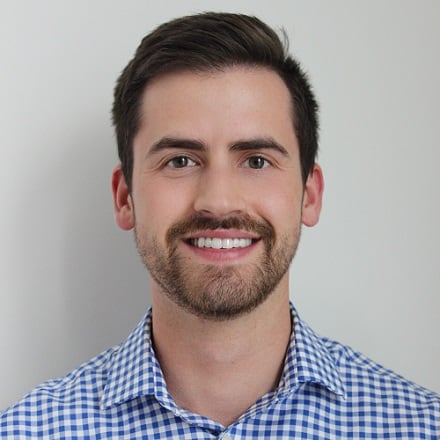 Jacob graduated from Brigham Young University in 2016 with a BS in Communications and an emphasis in Public Relations. Upon graduating, he joined 3M Health Information Systems as a Marketing…

2020 burnout statistics and how AI brings hope for the future

What do millennials expect from health care?