Polish health reforms: A bandage on a broken leg

Prior to the COVID-19 outbreak, Poland was already struggling with an inefficient and often underfunded healthcare system. A country of 39 million people, Poland operates with the lowest ratio of doctors and nurses per person in the EU and spends less of its GDP on healthcare than even some of its Central European neighbors.[1] Although the government proposed in February 2018 to raise GDP spending on healthcare from 4.5 percent to 6 percent by 2024 (a goal still below the EU average of 7 percent), the shortcomings of Poland’s healthcare system are becoming ever more apparent with the current pandemic. When the first Polish COVID-19 patient arrived at a hospital in the western city of Zielona Góra, it already lacked protective equipment, such as masks, and had to rely on companies for donations and close other hospital departments to stay afloat.[2]

Health care has been enshrined in the Polish Constitution since 1997, allowing all citizens the right to equal publicly funded healthcare services regardless of income.[3] One long-standing Polish health organization, the National Health Fund (Narodowy Fundusz Zdrowia, or NFZ), in place since 2003-4, has taken modest steps towards centralization by being invested in the purchasing power of health care while still allowing local governments some jurisdiction through promotion and prevention spending. Despite this, many attempts to effectively change primary health care in Poland have failed due to a lack of a common strategy between parties and a constantly changing government. Attempts at health reform have focused primarily on short term solutions without a greater vision, such as allowing clinical specialists to operate as family physicians and open primary healthcare facilities to offset a growing shortage of family physicians, a move that broadened access but ignored the needs of a rapidly aging population.[4] A 2011 hospital commercialization reform to offset hospital debt met similarly limited success before being stopped in 2016 and later diminished even more following the implementation of the hospital network by the current ruling government under Law and Justice (PiS) in 2017.[5]

Though many of the PiS healthcare proposals fell flat and were never implemented, most notably the complete abolishment of the NFZ, the hospital network remains in place. The hospital network includes just under 600 hospitals and brought forth notable adjustments to hospital payment, management and access. Those hospitals in the network receive lump-sum budgets rather than per-case financing, contingent on a hospital’s accreditation and the amount of services provided for outpatients. Non-complex services remain uncovered by the hospital network system and continue to be financed on a per-case system using the Polish DRG system, JPGs (Jednorodne Grupy Pacjentów).[6] It is important to note that, despite being named “hospital network,” creating a line of cooperation among hospitals was not actually an aspect of the regulations. However, the regulations did include better hospital coordination of services, though whether or not they have improved the system remains questionable as indicators to assess performance were not included.[7]

One considerable setback in Polish health care is the staggeringly low number of doctors and nurses. In 2015, Poland had only 2.3 physicians and 5.2 nurses per 1,000 people, the former figure being the lowest in the EU;[8] by 2018, it rose to a meager 2.38, hardly a change from even the beginning of the millennium.[9] Low salaries, poor working conditions and long hours make medical professions less attractive in Poland than elsewhere in the EU, and migration of healthcare personnel to other EU member states is common. Because of this, Poland does not receive a significant influx of foreign health workers; only 1.8 percent of doctors in 2015 came to Poland as opposed to the OECD average of 16.9 percent.[10]

Such conditions, on top of calling for more public funding and shorter waiting lists, led to hunger strikes by medical workers in October 2017. The strikes eventually resulted in a series of new reforms in October 2018, including the proposal to increase national GDP spending on health care to 6 percent by 2024, a bump in salaries to between 4,000 and 5,300 złoty ($961 and $1273 respectively), and an attempt to reduce bureaucratic burden, though strike organizers have since “accused the government of breaking the agreement” and re-opened negotiations with the government.[11] Tensions between PiS and the medical community have continued to run high recently, particularly with regard to the government’s decisions on national funding. The party has been criticized for using public healthcare funding to reduce hospital debt, as well as channeling money into funding loyal media outlets.[12]

In addition to a healthcare personnel shortage, Poland faces an inefficient healthcare system overall, from medical equipment supplies to integrating care. Though the NFZ is expected to be covering equipment costs, medical equipment is often funded by investments through various entities, including directly from the Ministry of Health, hospital owners, EU funds and from donors.[13] Moreover, primary and secondary care are not well integrated, and a lack of IT in healthcare facilities only amplifies the issue. With the country’s heavy focus on hospital care, there has been a struggle to allocate more resources in order to strengthen outpatient care. While the hospital network created some financial incentives for outpatient care, Poland’s hospitals still contain a high number of beds with relatively lower occupation rates than other EU countries. Avoidable hospitalizations in Poland are also the highest in Europe, further bringing into question the efficiency of the system and whether enough is being done to support outpatient care.[14]

The Polish healthcare system lacks a unified, long-term national strategy, which has undoubtedly prevented impactful policymaking and led to the inefficient system in place today. Long-term strategizing has also proven difficult due to just how fragmented hospital ownership is; ownership is not only at the national level, but also at the city, county, and regional level, leading to difficulties for hospitals making financial investments or liquidations.[15] New policies implemented in the last few years seem like steps in the right direction, but are already beginning to show some faults. The hospital network introduced a reformed hospital payment system and more coordination of services, though whether it has improved the overall operation of the system is difficult to assess. A shift towards greater focus on outpatient care could also be a sound national strategy and there are hints that the Ministry of Health is pursuing this goal, though more action remains to be seen. Lastly, equipment and personnel shortages call for a serious look at restructuring the medical infrastructure and expanding national health funding. While the proposal to increase national health care spending to over 6 percent of the national GDP by 2024 sounds like a promising remedy, it is also contingent on how much Poland’s GDP grows in the coming years and whether government funding remains consistent. With economic uncertainty looming  following the COVID-19 outbreak, even this modest proposal might not add up to much.

Levi Bochantin is a co-author.

2 thoughts on “Polish health reforms: A bandage on a broken leg” 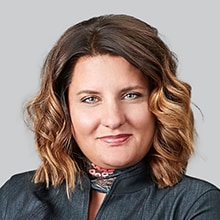 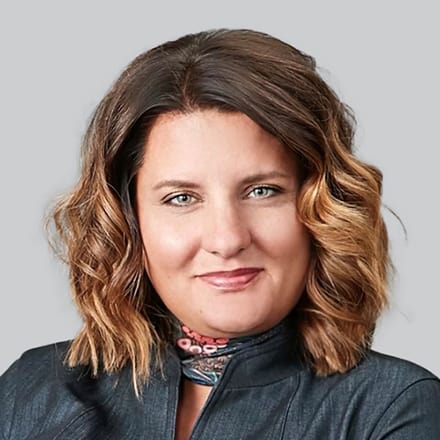 Felisha Bochantin is an International Health Information Manager. Her experience lies within refining patient classification models to support health care policy and finance. She is an ICD-10 Industry expert possessing…