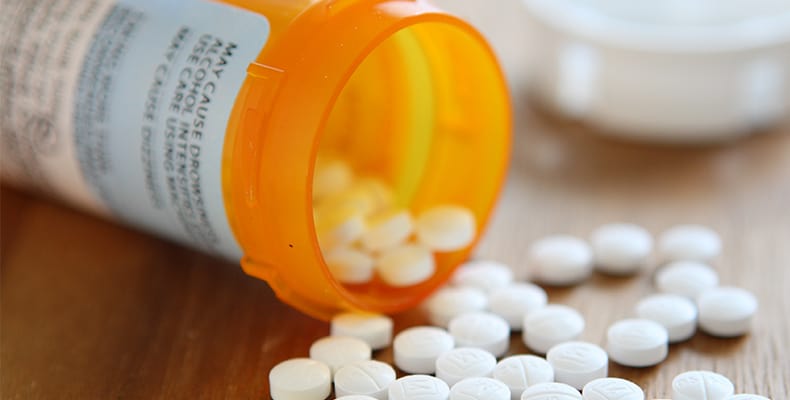 6 approaches to align prescription drugs with the Triple Aim

Realization of the Triple Aim (improved outcomes, reduced costs and high patient satisfaction) is much more likely when the impact of prescription drugs on a patient’s interaction with the healthcare system is considered, and includes initiatives that:

Nearly 8 of every 10 prescriptions are for generic drugs, but generics represent a fraction of the overall spending for prescription drugs.   The Generic Pharmaceutical Association estimates that generic drugs saved the healthcare system $239 billion in 2013. Moving patients from high priced brand name drugs to lower cost generics seems like an obvious way to reduce spending. Payers and patients alike would benefit by paying less for the same therapeutic outcome. There is at least an additional 5-10 percent savings opportunity with generic substitution that is not currently being addressed.

Unfortunately, not all brand name drugs have a generic substitute, and among those that do, there is no guarantee that prices will stay low. When markets consolidate or one manufacturer becomes the sole producer of a generic drug, prices can skyrocket. This is exactly what happened when Turing Pharmaceuticals acquired the rights to produce pyrimethamine (Daraprim) from GlaxoSmithKline in August 2015 and took advantage of its monopoly by raising the price from $13.50 to $750.00 per pill.

While consumers expect their insurers to negotiate a favorable price for the drugs they are prescribed, this isn’t always the case. Paying out of pocket is sometimes less expensive than paying the price negotiated by the insurer. The drawback for patients that pay directly is that this won’t count towards their deductible or out-of-pocket maximum.

Nonetheless, it makes sense for patients to check retail prices using apps like GoodRx or LowestMed to determine if the immediate savings justifies not using their insurance. Price comparison apps will also help identify the variation in prices that exist for the same drug among retailers in the same region. For example, a Consumer Reports investigation found that stores within a few miles of each other in Raleigh, North Carolina had a price range from $43 to $249 for generic Cymbalta.

Modern medicine now provides us with medications that approach a therapeutic goal that could only be formerly obtained through a healthy diet and physical activity. This leads to the temptation to substitute medications for healthy lifestyle behaviors.

In 2001 a randomized clinical trial called the Diabetes Prevention Program (DPP) compared diet and exercise to treatment with metformin in 3,234 people with impaired glucose tolerance. Researchers found that lifestyle intervention reduced the risk of Type 2 diabetes by 58% compared to a 31% risk reduction among those randomized to the metformin group. Other conditions, such as high blood pressure and high cholesterol, can also be initially managed through lifestyle changes, thus delaying or eliminating the need for prescription medications and reducing overall healthcare costs.

Primary care plays a critical role in assuring that prescription drugs are used appropriately and safely and do not take the place of important lifestyle changes. Since a number of health professionals and specialists can prescribe drugs, it is critical for a primary care physician to provide medication management to their patients to avoid dangerous interactions and overuse.

Value-based insurance design (VBID) is a broad-based effort to align patient cost-sharing that encourages patients to consume high-value clinical services and (ideally) avoid low-value services. The most common application of this effort is to encourage the consistent use of prescription drugs that effectively treat chronic conditions by keeping costs low for the patient.

Studies, such as one published in the American Journal of Managed Care in 2012, have demonstrated small, but significant, changes in medication adherence for diabetes, hypertension, hyperlipidemia and congestive heart failure, particularly among previous non-adherents. Programs that track medication adherence by measuring medication possession ratios and provide appropriate incentives can help reduce the higher cost expenses that come with unnecessary emergency room visits and hospitalizations.

One of the conditions of the Medicare Part D outpatient prescription drug benefit implemented in 2006 was that CMS would not be allowed to negotiate drug prices with drug manufacturers. This maintained a long standing policy which basically allows drug manufacturers the power to control pricing. This policy was left unchanged by the ACA in 2010. As long as this remains in effect, it is unclear that we can expect drug prices to decrease or even stabilize in the near future.

No discussion of drug prices in 2015 would be complete without mentioning Sovaldi and specialty drugs. Sovaldi made headlines with its $84,000 price tag to effectively cure hepatitis C, which proceeded to wreak havoc on state Medicaid, as well as most Commercial health plan, pharmacy budgets. Unlike many specialty drugs, however, Sovaldi is likely to be cost effective in the long run by preventing future hospitalizations and liver transplants.

Specialty drugs are not just identified by their high price. They are also typically used to treat a small number of patients, such as those with rheumatoid arthritis or multiple sclerosis, and are often injected or administered in a doctor’s office. Small patient populations have historically allowed payers to absorb the cost of treatment across their entire covered population. Sovaldi does not fit this scenario, since it is a pill that could potentially treat 3-5 million Americans diagnosed with hepatitis C, thus having a much bigger impact on overall healthcare costs.

Newer drugs designed to address more common conditions, such as hyperlipidemia and high blood pressure, could potentially have a more significant impact on budgets than those used to treat rare conditions. Health plans and government payers need to be aware of the impact that new drugs will have on their bottom line to account for potential budget shortfalls and develop pricing options.

Prescription drugs will continue to dominate population health management, as markets consolidate and new high priced drugs that treat larger groups of patients are developed. A multi-faceted approach that includes generic substitutes of high priced brand drugs, value-based insurance design to promote the appropriate use of high-value medications, drug price transparency, price controls, care coordination and lifestyle changes among patients that reduce the need for drugs in the first place can all have a positive impact on assuring that prescription drugs are effectively addressed within the Triple Aim.

Steve Delaronde is director of consulting for populations and payment solutions at 3M Health Information Systems.

Value-based conundrum: How to measure complexity and value in primary care

Social risk is the flour, not the icing, in baking the cake of value-based care

Population health, and the payment arrangements it supports, cannot be done successfully without incorporating social risk. Adoption of value-based payment The decade since the passage of the 2010 Affordable Care […]

Changing with the times: A fresh look at the definition of health care

I have started to hear the phrase “social determinants of health” being interspersed with the phrase “health equity.”  Although the two phrases are related, there are some fundamental differences in […]

The good, the bad and the (sometimes) ugly of health care technology

Is value-based care really a “value” if patients can’t afford it?